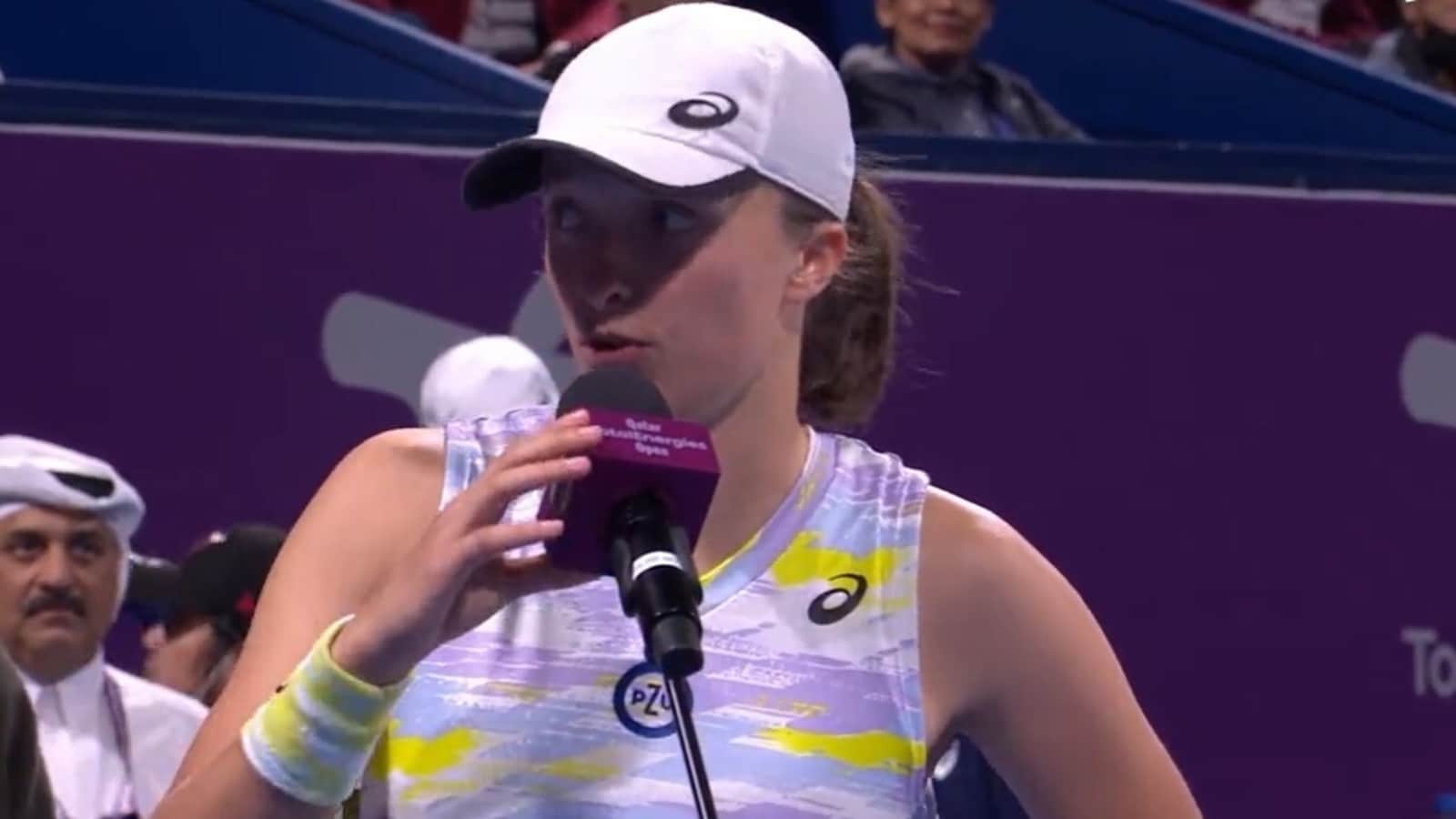 Newly topped Qatar Open champion Iga Swiatek voiced her help to the folks of Ukraine following Russia’s invasion, saying she discovered it onerous to image a battle “in the country next to me”.

Swiatek’s remark got here after her 6-2 6-0 win towards fourth seed Anett Kontaveit in 64 minutes on Saturday.

“I want to show my support to all the people who are suffering in Ukraine. Seeing those images is really emotional for me. I wouldn’t even imagine stuff happening like that in the country next to me. I hope in the end it will be more safe. I also hope that even though this is a small event, looking at all the problems we have in the world, the sport is going to connect,” she said.

“Even though we have many things dividing us, the sport is going to connect us, it’s going to bring us joy. Thank you all for coming tonight. I hope the Ukrainian people are going to be home.”

Earlier, on the Dubai ATP occasion, Russian participant Andrey Rublev signed on the digital camera lens, “No war please”, after his semi-final win over Hubert Hurkacz.

Meanwhile, former top-25 participant from Ukraine, Dayana Yastremska stated she and her total household had spent two nights sheltering underground in Odessa. “After spending two nights in the underground parking, my parents made a decision at any cost to send me and my little sister out of Ukraine! Mom,Dad, we love you very much, take care of yourself!!! I love you my country,” she wrote.

A second-tier ATP Challenger occasion, which was slated to start from February 28 in Moscow, has been scrapped.

Nick Kyrgios withdraws from Japan Open because of knee injury

Rafael Nadal gears up for return in Paris Masters with year-end world no.1 ranking in sight

5 Instant South Indian Snacks To Pair With Your Evening Tea